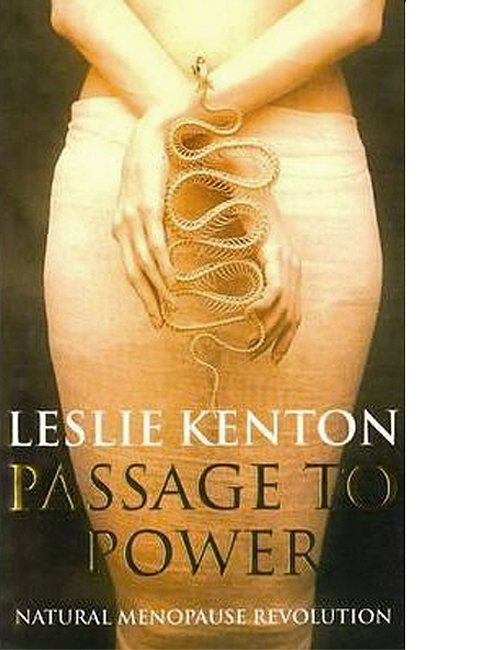 Leslie on The Gel

This is the piece de resistance when it comes to rejuvenating vaginal tissue. When Dr Zhen Lin at Jishuitan Hospital in Beijing in 1975 made an important discovery about acupuncture, little did he know it would have powerful implications for regenerating tissue.

This esteemed Chinese surgeon discovered that stimulation of acupuncture points by needle, finger pressure, magnetic fields or the burning of a traditional herb (moxibustion) had a positive effect on the body because they triggered activity of one particular enzyme at the point treated – acetyl cholinesterase. This enzyme acts on the neurotransmitter acetylcholine creating stimulation through the nervous system, in effect heightening ‘aliveness’ in that area at a molecular level. A year later Zhen began his hunt for a completely safe-to-use substance which would have a strong acetylcholinesterase-releasing effect that could be put directly on skin. He found it in cesium salts. He began treating various diseases with solutions, cream and plasters soaked in these mineral salts and found that many were either cured or dramatically improved – everything from sprains and stuffy noses to primary hypertension, asthmatic bronchitis and trigeminal neuralgia. He even used cesium plasters to prevent the pain of cervical dilatation during abortion.

A light colourless gel containing cesium salts was developed by Beth Gagnon. You can apply to encourage the healing of cuts, acne, sores, burns and other skin problems (as well as banishing the pain of injuries and muscles in spasm) and it has remarkable skin-rejuvenating properties when you put it on clean skin twice a day before applying moisturizers or treatment creams. It is also excellent rubbed on the vulva and in the vagina three times a day as an energy treatment for vaginal thinning. It affects not only superficial tissue on which it is applied but at a much deeper level as well. Cesium gel is also useful during intercourse when extra lubrication is needed or to heighten pleasure.

Every living organism, including the human body, is made up of atoms consisting of a nucleus which carries a positive charge circled by negatively spinning electrons. It is the spinning of electrons that create the magnetic fields of an atom. The magnetic fields of the atoms can be influenced from outside the body and it is this mechanism which forms the basis of electromagnetic treatments. As well as influencing the state of the body by acting upon it at an atomic level, electromagnetic applications in energy medicine induce changes in tissue voltage, improve the activities of the body’s enzymes, enhance ion transport at a cellular level and affect membrane potentials. This in turn results in heightened tissue repair and wound healing, improved immune functions, the reduction of inflammation, and can bring about the elimination of allergic sensitivities and the re-establishment of energetic harmony in the body as a whole.

On a physical level stress shows up as a loss of order in the body and a disruption in homeostasis. Magnetic field therapy lifts off stress by inducing a state of deep relaxation, stimulates circulation and enhances the use of oxygen and the assimilation of nutrients at a cellular level while improving the elimination of wastes. Throughout the ages exposing living organisms to magnetic fields has been known to have bacteriostatic properties and to bring about wound healing – effects which have now been confirmed by twentieth-century science. Modern magnetic field therapy is an extension of all this. It can take a number of different forms.

Pulsed magnetic field treatment is one which is well known. It is often used in the treatment of athletic inures for enhancing the healing of soft tissue and bone by orthopaedic specialists such as Robert Becker MD, who has been nominated for a Nobel prize three times. Solid state magnetism is another form where large high-power magnets are placed near the body to create a negative magnetic field. American physician William Phillpot reports remarkable results with this form not only in the treatment of physical conditions but also in mental states. There are also a number of magnetic beds and magnetic devices on the market, most of which sadly are not very good since their manufacturers often wrongly used mixed fields – both positive and negative – and only the negative fields can bring long-term benefit to the body.

The best form of whole body magnetic field therapy I have come across is the kind [Gagnon] uses. It comes from lying on a specially constructed bed or table in which not only high-powered solid state magnets emitting a negative field have been embedded but also optical grade quartz crystals. Quartz crystals create a piezoelectric field (an electrical charge) which intensifies the biological activity of the magnets and creates resonance in the body, opening up areas of blocked energy. Each crystal acts rather like a tuning fork – or a small resonate. By creating beneficial resonance the body is able to maintain its own natural state of resonance which is order and balance. Lying on such a bed is in itself a wonderful treatment.

Leslie on The Gagnon System

Few beauty therapists using energy instruments come close to the results of body therapist Beth [Gagnon]… Beth, who originated the Gagnon System of total beauty, works in a unique way by combining a broad base of training in body therapy – encompassing movement, muscular manipulation and structural reorganization – with the use of specialized energy equipment such as the soft light laser, light-beam generator, microcurrent and magnetic fields. The usual beauty therapy takes an approach that might be described as trying to stick things back together with safety pins and chewing gum to give the illusion of restoring lost youth. Beth’s energy approach to beauty, however is genuinely holistic. It aims not at illusion or cover up but at maximizing a woman’s natural radiance from the deepest levels, no matter what her age, and at the same time helping to bring energetic balance to her mind and body.